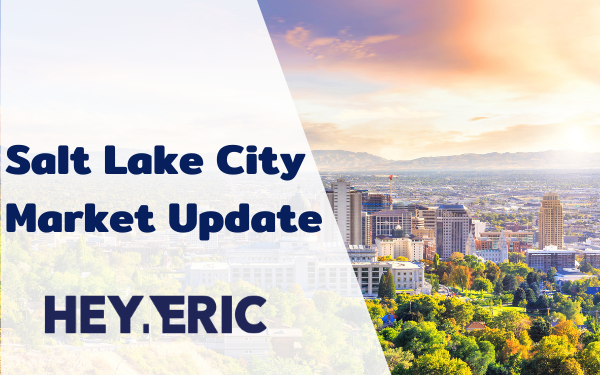 The market’s still crazy in Utah. You know, we we like a lot of, you know, not big metropolis areas. We had a lot of inflow of people throughout COVID just getting into more rural areas. And Utah, we got a lot of space. And we traditionally you know, had a reasonable sized population. But we just had a huge inflow of people.

And with COVID, it just people didn’t want to sell their houses. So is this bad situation or perfect storm of more demand, no supply. And it just drove prices to the roof, which it’s done in a lot of markets. Denver, Boise, Idaho, Arizona, all those places that are kind of more spread out, that are more suburbia… And so and we’re still seeing that, you know, I think we’re still missing a lot of inventory that we need on the market.

You know, if we go year over year inventory is down always compared to last year. And I look at those numbers every month. And so it’s I was talking to a friend actually a couple of weeks ago, and he’s like if everyone just actually did what they if every homeowner because obviously right now people are worried, you know, how am I going to buy in this limited supply market without selling?

They’d find one because everyone else was listing their house at the same time. So we just have this really weird, perfect storm and our market is still very heavy seller focused. You know, the buyers are kind of they’re in a rough place right now because rates are starting to rise just a hair and there’s not a lot of inventory.

But now, you know, it’s only six to ten offers you’re competing against. While last year there were some houses that had 60 offers. So it’s it’s a little bit less competitive, I think, because rates are creeping up and things like that. But it’s it’s still definitely a hard time to be a buyer and it’s a great time to be a seller, obviously, as long as you don’t have to buy anything.

No comments to show.