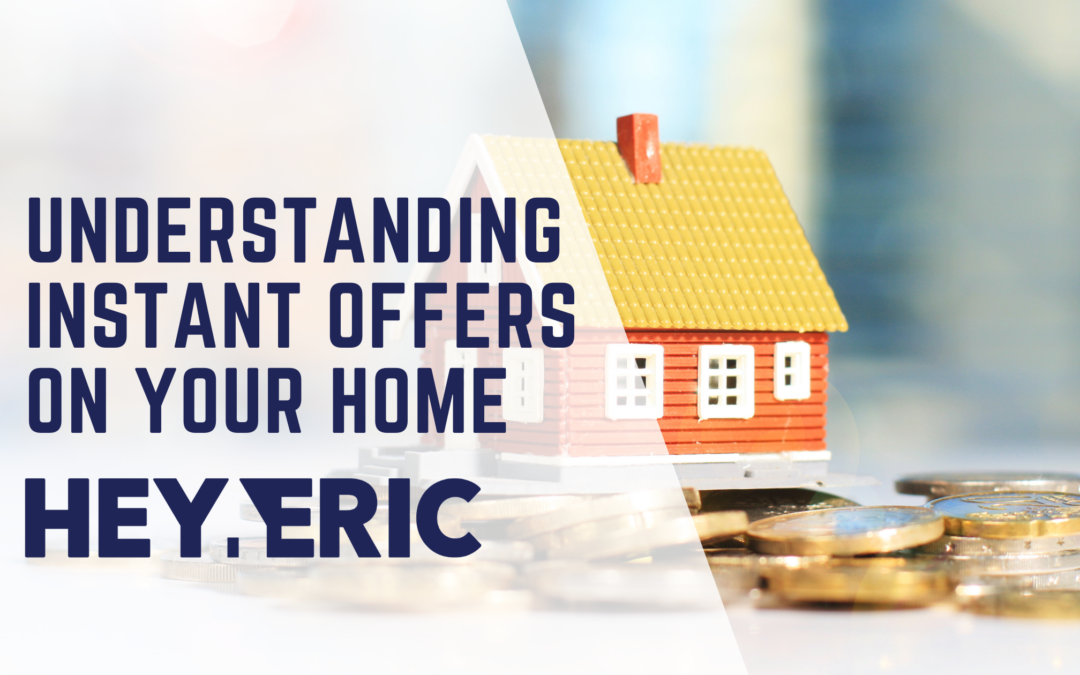 I got a call from a friend of mine who told me Open Door made an instant offer to buy his home.

He got an offer for about $470,000 on a home in Davis County, which when you look at the market analysis, is it worth 470? Possibly if it was if it was super good condition, yeah, would totally be worth that.

But so they offered 470. They had some fees involved. They have their own addendum that they go through. In the end, they do have an open door service charge, which basically ends up being a 5% fee. And I think they charge that because that’s about what a real estate agent charges right now.

If you’re listing a house, you pay, you know, anywhere between five and 6% to list your house part that goes to a buyer’s agent, part of that, says the listing agent, et cetera. But I’m guessing they’re charging that 5% just because they know they can, and that helps them recoup some of the costs.

But that initial offer price, so when you when you buy houses, it gets recorded on the Utah MLS, which is what appraisers and real estate agents use for comparables. So they offer 470 to put a comp in the neighborhood or a comparable sale at 470 because when they go to sell it, they want that comparable sale to

be there when an appraiser goes to appraise it. They’re buying with cash, but who they sell it to will probably be financing. So this is what’s going on in my head. They give you this great offer and then they they take a bunch of fees out of it to help with their recoup their costs, pay for their

remodel. And then then when they released it, maybe at the same price or a little bit more, they have a strong comparable when an appraisal needs to be done for the person who’s buying with financing. So the 470 offer price $23,000 in this Opendoor service fee of 5%.

And then they also in this in this offer, they asked for $7,000 in repairs, which right now in this market in Utah in spring of 2022. I don’t think any sellers are paying for repairs. If you are, please stop because the market is it’s a seller’s market still.

And so buyers just need a house. And so any buyer, whether you’re upgrading or your first time homebuyer, you’re probably not going to get repairs paid for unless there’s some weird thing. But they’re wrapping in a 7000 dollar repair fee and that could cover paint and carpet for the house entirely.

And basically, they’re making the seller pay for their remodel is kind of how I’m seeing it. But in the end, the seller, my friend, he would be netting about $440,000. And granted, Opendoor, you get all the convenience you can imagine.

Obviously, you can close whenever you want. It’s cash, things like that. I didn’t see a lease back in there. So also right now in this market, sellers are getting leasebacks, so they close on the house. Then they get 40 days, 60 days of a lease back while they find where they want to move or whether they’re moving

on a state, they don’t need it. But lease backs are pretty standard. But in my friend’s contract, he didn’t get a lease back, so he’s got to be out on 24 hours after closing date, which he needs a place to live.

So we’re looking for a place for him to live. But at the same time that we’re doing this Opendoor contract, we’re also listing his house. So we’re going to see if listing it, getting a whole bunch of buyers to compete for the home can bid it up higher than what Opendoor offered.

I think we’re going to save him the $7,000 in repair requests. Opendoor Charges 7000, I think, a the listing agent, I can get the buyers to not accept any repairs and they’ll still take possession of the home. One thing I think I can also do better than Opendoor is give a lease back a flexible term lease back

of 30 to 60 days so my clients can find a new home to move into. So granted, they’re not going to have cash until closing in either scenario. But and Opendoor does offer the convenience of no showings, things like that.

But I really think I’m going to be able to net my client more money than an iBuyer.

No comments to show.